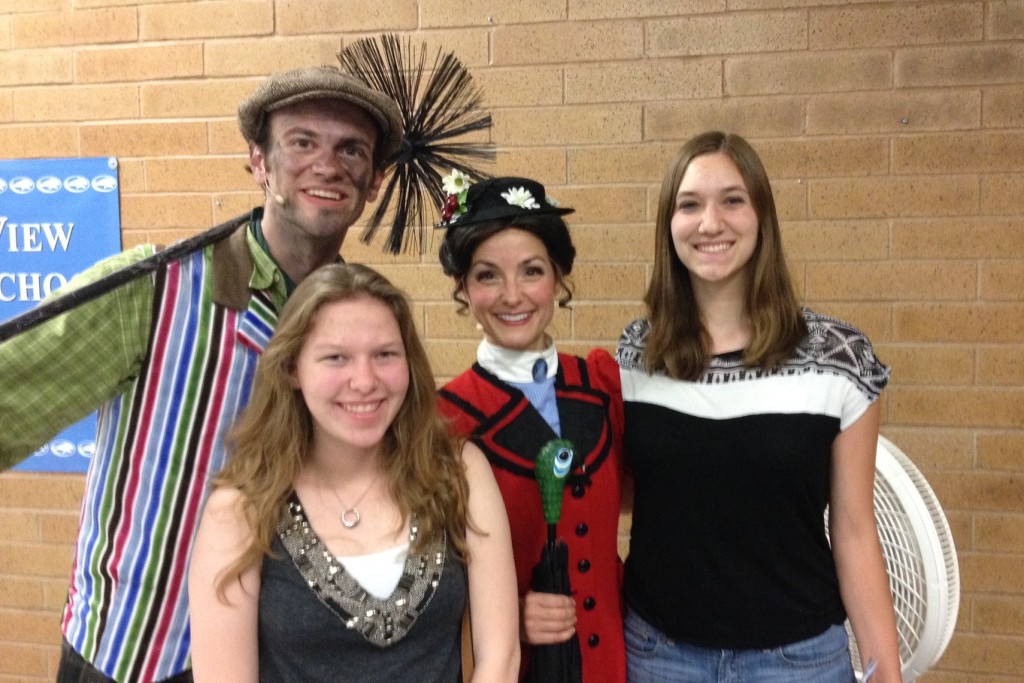 On Monday I got to see the live theater production of Mary Poppins performed by the Four Seasons Theater company in Cache Valley. I remember watching the movie when I was younger. I was enthralled with all of the magic, not really ever thinking of the messages that it carried. However, when I watched it on Monday my friend asked if Mary Poppins was an angel. I had never really thought about it that way. This began to spark thousands of different ideas and interpretations of the songs and characters.

A Spoon Full of Sugar

Most of us are very familiar with lyrics “Just a spoonful of sugar helps the medicine go down.” In Mary Poppins, the children have to drink nasty tasting medicine and she offers this song to ease the pain. Often in life things arise that become the nasty tasting medicine – like someone being rude or unkind – but even just the slightest bit of “sugar” – such as someone giving you a hug – can help the “medicine” go down.

This song was always the strangest of them all to me. It actually frightened me until I saw this performance. The lyrics to Feed the Birds are:

“All around the cathedral the saints and apostles

Look down as she sells her wares

Although you can’t see it,

You know they are smiling

Each time someone shows that he cares

Though her words are simple and few

Listen, listen, she’s calling to you

“Feed the birds, tuppence a bag

In the musical version of Mary Poppins the bankers walk by the old women (selling food for the birds) and don’t bother to spare a tuppence. (Flashback to real life/non musical life) There is so much we can do to help others all it takes is a minute of our time and a humble heart.

Mrs. Winifred Banks is one of the strongest characters in Mary Poppins. At the beginning of the show she allows her views and opinions to waver, but by the end of the show she realizes the value of her opinion and her worth. She also shows that women shouldn’t stand behind, nor in front, of men, but right beside them.

In the movie (not the musical) the Banks house routinely shakes due to the captain of the Navy Ship next door setting of cannons. This always seemed insignificant, yet I think that the house shaking forshadows everything that is going to happen to the Banks family.

So is Mary Poppins an Angel?

I don’t know if I think Mary Poppins is an angel, but I do know that she shares a special message. We all perceive things a little differently based on our life experience and that is the beauty that makes each of us, as Mary Poppins would say, practically perfect.