Happy (almost) New Years!! This year has been one crazy adventure. I hope 2016 has brought many wonderful memories for you all and I hope you have an even more adventurous 2017! Here are the top three moments of 2016… Released On My Way I have imagined releasing my own album for the past few […]

3 unexpected traits of a Master Coach

Today I was asked how I liked being coached in guitar… The truth is I love it. Every week I’m so fortunate to receive world class coaching doing the thing I love most in this world. I love learning from an expert. My coach – Austin Weyand – is phenomenal. From his bio: Austin Weyand […]

On Monday I got to see the live theater production of Mary Poppins performed by the Four Seasons Theater company in Cache Valley. I remember watching the movie when I was younger. I was enthralled with all of the magic, not really ever thinking of the messages that it carried. However, when I watched it on Monday my friend asked […] 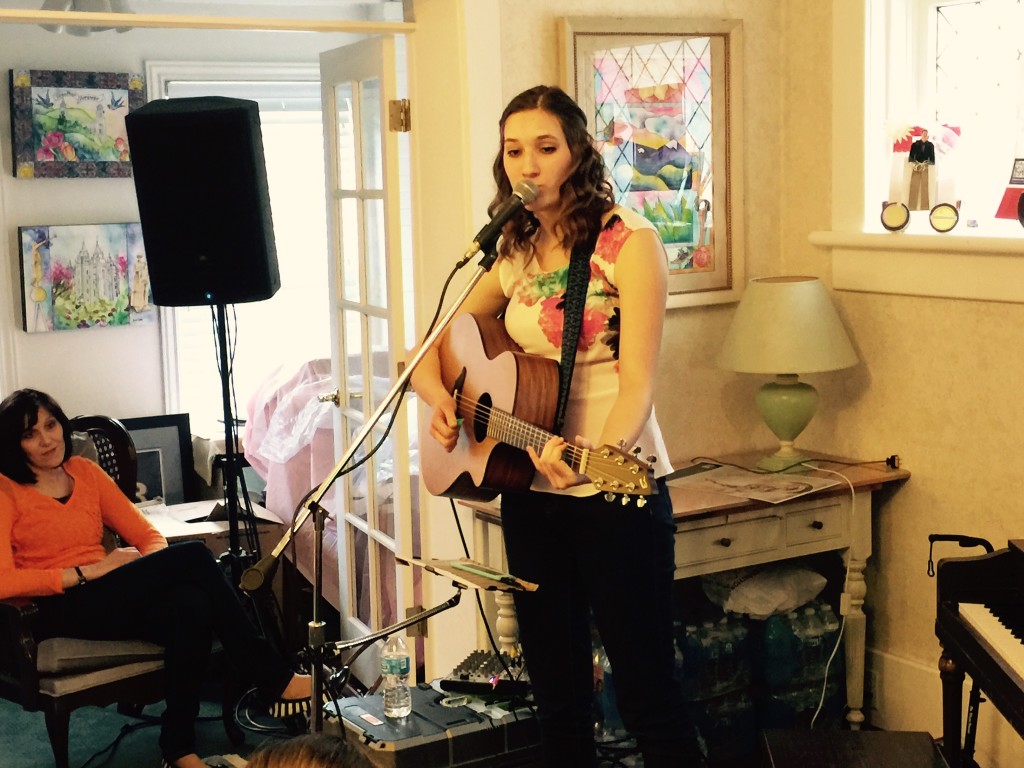 Do you hate being tall?

“Do you hate being tall?” This is a question that I have been asked twice in the last seven days. (If I chose to swear here is where I would say hel…lo no.) I love being tall! It’s a part of who I am. I remember when I was in the first grade kids thought that I […]

Hey everyone. Just a quick shout out to connect with Kristina on Twitter and Facebook. Join the conversation for the latest updates and news about her upcoming album “On My Way” out later this year.

When I write a song, the process is usually the same. The beginning moments vary. Sometimes the music comes first. More often than not, the lyrics will come first, sometimes in just a form of one word, and I’ll create an entire song around that one word. After I’ve written down the idea, I’ll look […]